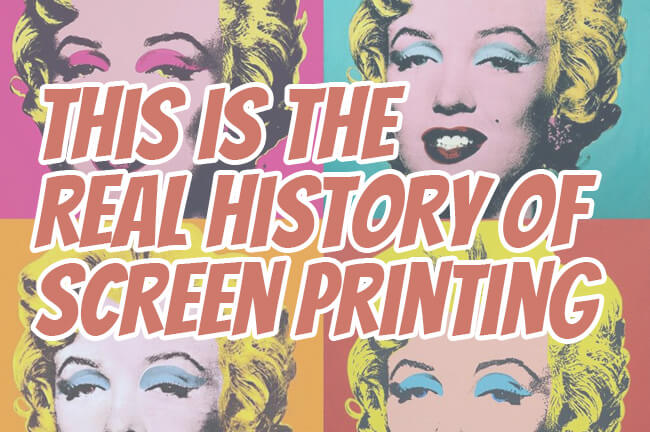 The history of screen printing, or silk screening, originated in China during in the medieval ages of the 900s AD, specifically in the era of Song Dynasty Art (960-1279).

They didn’t really have anything going on back then, so someone actually started making screens using human hair. Yep, now you know why Chinese people kept long hair, for silk screening!

Jokes aside, they did use human hair and the inks were extracted from squishing grapes and berries.

But as the art of screen printing got more popular and the printing industry grew, people began refusing to give up their long black hair – and this resulted to an widespread increase of ‘hair snatching’ (someone would cut another person’s hair while they were sleeping!) 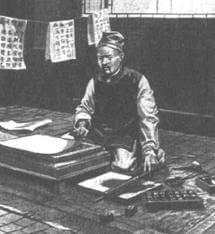 That’s when the introduction of silk came in.

As a medium for stenciling, silk was stretched between paper stencils and brushes were used to force ink through. This breakthrough caught on, less human hair needed and people were happy once again.

Fast forward to the early 1900s and across the pond to Europe, screen printing appeared namely in France for printing abstract patterns.

The process was similar – using cloth to stretch over a wooden frame to hold stencils for printing.

In 1907, a Mr. Samuel Simon, and Englishman from Manchester came up with a more stable and versatile way of using silk to make a screen. History of screen printing will take another turn.

He later patented the process, saying that his method yield better results. As part of this patent, rubber blades, or what we now know as squeegees, is used to push ink through the silk screen, and so, the modern day silk screen process is born.

Silk screening became mainstream sometime during the first World War when it was used for mass printing military flags, posters and banners.

Almost anyone who could print up the 2 color flag on a white piece of cloth had a job.

Photographic stencils or emulsion was introduced to give the process more flexibility and ease.

When the second World War came around in 1942, screeners had to stop using silk because of its use in the war effort.  It was since then replaced by a polyester material that we still use until today.

During the 60s, the art of screen printing became infused into pop culture when artists like Andy Warhol, Rob Ryan (artist), Blexbolex, Arthur Okamura, Robert Rauschenberg, Harry Gottlieb, and many other artists started using screen printing as an expression of creativity.

Screen printing was also common in art and advertising and this lead to more innovation and a crucial milestone in the history of screen printing.

“Necessity is the mother of all inventions”

When Michael Vasilantone and his wife Fannie needed to mass print a bunch of logos and team information on bowling shirts, they realized that the machinery available then was neither quick nor effective enough to print t-shirts at scale or with the quality to meet customers’ demands.

So, Michael began to develop his own machinery.

By 1969, Vasilantone went on to develop, patented and gave birth to several innovations we still use today including the dual rotary printing press, the four-way stretch hold down (for printing jackets and double-layered fabrics), and the air recirculation system for dryers!

Michael and his company, now know as Vastex, revolutionized the industry as we know it today.

Of course, screen printing has come a long way since it was “modernized” in the 1960s.

Computer technology, special effects inks, all-electric presses, quartz flash units are all elements that couldn’t have been imagined in the last century. The truth behind screen printing is that it’s an ever evolving art-form.

Screen printers, by nature, are innovators who are always looking to create new effects and find better ways of creating great prints. It remains to be seen what new technologies will bring about the next generation history of screen printing.

This site uses Akismet to reduce spam. Learn how your comment data is processed. 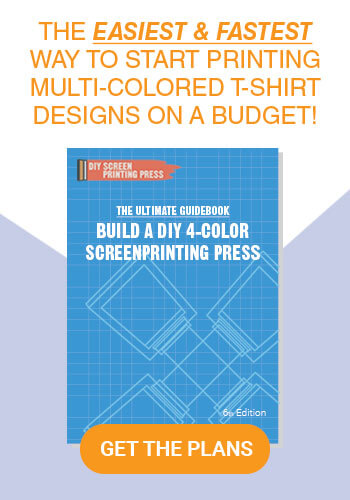